The route selection must be made upon registration and cannot be changed during the race.

All participants that reach the checkpoints later will be removed from the race and appear as “DNF” in the results list. The start/finish area can be returned to via the marked route.

Individual scoring: According to age groups
Team and company scoring: Sum of all kilometres achieved per team

Timekeeping
Implemented by the company Raceresult.
The gross time is measured.

The conditions and competition guidelines (mountain bike) of the Austrian Cycling Federation apply. Helmets must be worn without exception throughout the race. Each participant rides at his/her own account and risk. The event organiser accepts no liability before, during and after the race (also in respect of third parties).

The instructions of race management, route marshals, doctors and helpers must always be observed.Any external performance support is forbidden for the duration of the race. The use of support vehicles (including mountain bikes) is forbidden on the route in the interests of the athletes’ health and to protect equal opportunities. Violations of the competition rules will lead to disqualification. Disqualifications may be declared by the race management without right of objection in the event of irregularities or seriously unsportsmanlike conduct.

The event organiser reserves the right to deny participation in the event without specifying reasons.

The race management has the option of changing the routes or initiate a race termination due to weather conditions.

Shortening in TAZ 6 in Partenen (turning point), Kops and Bielerhöhe are not navigated.

- Shortening in TAZ 6 - Kops and Bielerhöhe are not navigated
- Bringing forward of the waiting periods
- Race stoppage, Kops area - Return circuit via Ganifer. Scoring according to
status at Kopssee dam or TAZ 06 - Observe instructions of the
route marshals at all times - In the event of independent termination, no score

Use the official car parks:

Conditions of participation and rules of conduct 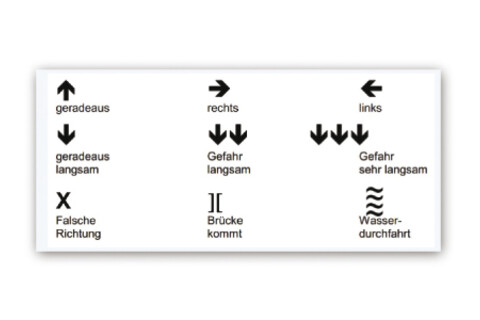